The Rolex Cup returns for its 63rd edition The oldest sailing race event in the Mediterranean, officially known as the Giraglia Rolex Cup, celebrates its 63rd edition this year. Following an initial race from San Remo, there will be three days of inshore competition in and around Saint-Tropez Bay, before the competitors set sail for an offshore race of more than 240 nautical miles to Italy via the island of Giraglia, off the northern tip of Corsica.

Arising from the friendship of French and Italian sailors and created in 1952, this competition attracts thousands of aficionados who come from every corner of the globe. Although more than 200 yachts meet each year to compete in the Rolex Cup, throughout the event there is a warm and fraternal atmosphere. The art of properly handling the sail is the key to this challenging race, and sharing, passion, experience, fair play and sporting values remain at the heart of the competition.

An idyllic start to the race to the rock

Saint-Tropez is an idyllic location for this regatta, thanks to its legendary port and its beautiful setting. As a bonus, Saint-Tropez signals the start of the race to the iconic outcrop of Giraglia. 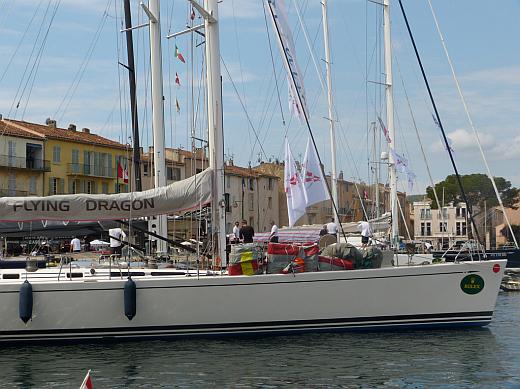 The Giraglia Rolex Cup demands the highest standards from all competitors and the conditions are unpredictable. The yachts can be buffeted by uncontrollable winds or find themselves becalmed in still waters.

On June 12th, 2015, the crews will face the first stage in San Remo. This is followed by three days of inshore races out of the chic port of Saint-Tropez from June 14th to 16th. The climactic race to Genoa via the rock of Giraglia takes place on June 17th.

The atmosphere is thrilling during this regatta. Don’t miss it!

Informations at the Nautical Society of Saint-Tropez